While attending a summit along with 40 other superintendents from around the country, I had the unique privilege to meet Sir Ken Robinson. Many of you have listened to Sir Ken’s TED talk on creativity. That TED talk has been viewed more than 43 million times. 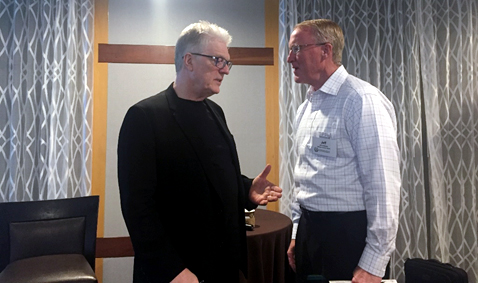 During a break, Sir Ken and I discussed several issues currently facing public education. As we visited, he shared a fascinating analogy that resonated profoundly with me. He reminded me that mass education is often compared to manufacturing and the industrial revolution. Sir Ken stated that a more proper analogy for education would be industrial agriculture. I’ll have to admit, I wasn’t following him. He continued, “The period of industrialization also brought great changes to farming, including the invention of mechanical ploughs and threshing machines. Additionally, the widespread use of chemical fertilizers and pesticides massively increased yields and productivity. Industrialized farming produced vast efficiencies in planting, harvesting and processing crops.”

I nodded my head, assuming this achievement was a good thing. But, Sir Ken argued that these advancements had come at a heavy cost. In many parts of the world, that price has been the degradation of the soil to the point where sustainability of these practices is in serious question. “You see,” Sir Ken stressed, “the emphasis was on yields and efficiencies. No one was paying attention to the soil.” He then described the practices of organic farmers, where the emphasis is not primarily on the outputs (crop yield) but on nurturing the soil itself, which differs fundamentally from industrial agriculture.

Then, he drove his point home, “As with industrial farming, the focus in education has been on outputs and yields rather than nurturing the children.” Now I got it! When we focus predominantly on educational outputs and fail to address the needs of the whole child it’s comparable to neglecting the soil. As we work with young people, we must never become so focused on yields and outputs that we forget about the children themselves and the vital role we play in nurturing their growth and development. It’s precisely what we’ve come to call, “The Weber Way!”

More in this category: « December 2016 Superintendency Message Curiosity, Questions, and Relevance »
back to top