Weber School Board Recognizes Student and Volunteer for Accomplishments Featured

This month the Weber School District had the opportunity to recognize Marybai Huking and Stephanie Holbrook during our monthly school board meeting. Marybai is a student at Fremont whose accomplishments in the face of adversity are nothing short of remarkable. Stephanie Holbrook is a parent volunteer extraordinaire who has kick-started an art program at Valley Elementary which has inspired student creativity and a love of art.

Marybai Huking was nominated for the Excellence in Achievement Award by Dr. Rod Belnap, Principal of Fremont High School. Marybai's scholastic and athletic achievements are impressive. This young woman is a member of the National Honor Society, maintains a 4.0 GPA, earned a score of 30 on the ACT, and is a member of the Olympic Goal Ball team. In addition, she donates countless hours in the service of others with civic and leadership responsibilities including being the yearbook editor. What makes Marybai particularly special is that she has achieved these things in the face of great adversity: Marybai is blind. Despite this, she has not allowed her physical challenges to limit her achievements or her dreams. Dr. Belnap states that "Marybai is a young lady with determination and grit who has the unique ability to identify the good in each of her peers and inspire them to use these abilities". He tells the story of when Marybai arrived to take her AP test, and due to some confusion, the adapted test with extra-large font that they had ordered for her had not arrived. "Instead of becoming disheartened or discouraged, Marybai took the same test that every other student took, even with the severe visual impairment". She went on to score a 5 on the test, the highest possible score. We are honored to recognize Marybai Huking with our Excellence in Achievement Award.

The importance of art education is an undeniable component of a well-rounded curriculum. Creative activities are pertinent building blocks of child development. Mrs. Stephanie Holbrook of Valley Elementary PTO is a parent volunteer who has played a crucial part in strengthening children's art education. "Art Start" is an art-based lesson curriculum delivered by a small force of parent volunteers. Mrs. Holbrook personally created these lesson plans to ensure that the children of Valley Elementary were learning about art history, notable artists, and art styles in addition to musical composers and genres. Each lesson includes a student art project. At the end of the school year, the students' artwork is showcased in a whole-school art show. The students and teachers look forward to this remarkable program and enjoy exploring their creativity through art projects and music. Mrs. Holbrook's involvement is not limited to the Art Start program, however. She also volunteers in the reading program and multiple other PTO programs and efforts at the school. Mrs. Holbrook was nominated by Principal Hales and was chosen to receive the Volunteerism Award for the month of January 2015.

Congratulations to these remarkable women. It is our privilege to recognize their efforts. We express our appreciation and gratitude for their willingness to enrich the lives of students, faculty, staff, and others in the Weber School District community. 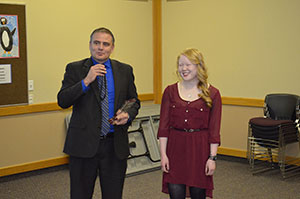 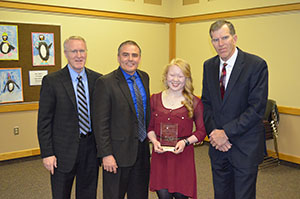 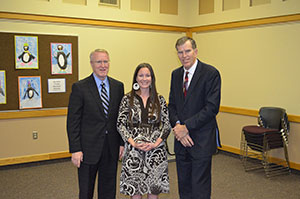 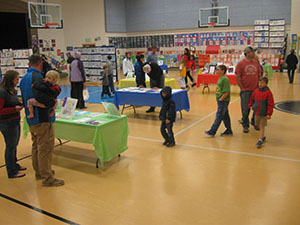