Students at Club Heights Elementary had the opportunity recently to welcome a very important guest to their school. Mr. Kent "Rommel" Rominger, former American Astronaut and NASA Chief of the Astronaut Office paid a special visit to the Panthers as a guest speaker.

Mr. Rominger is a decorated former Navy Test Pilot and astronaut who is currently serving as Vice President of Advanced Programs at ATK Launch Systems. Mr. Rominger has been awarded the Defense Superior Service Medal, the Distinguished Flying Cross, the Defense Meritorious Service Medal, and the NASA Distinguished Service Medal. He was also nominated and inducted into the Colorado Aviation Hall of Fame. Mr. Rominger flew 5 space shuttle missions between 1995 and 2001, and is currently working with Orbital ATK in developing the largest human-rated solid-fuel rocket built today which will hopefully be used for human missions to Mars in the coming decades.

Students were treated to photos and videos of Mr. Rominger's space missions in addition to a Q & A session where students were able to ask questions related to space and what it takes to become an astronaut. Mr. Rominger spoke to the students about the importance of education, particularly in math and science. He expressed to the students that as important as it is to do well in school, it is equally as important to learn communication skills and to have a sense of teamwork. Showing photos of the flight crews on his space missions, and explained to the children that none of these missions would have been possible without effectively working as a team and respecting one another.

Rick Proffer, Principal at Club Heights expressed his excitement at the opportunity for his students to speak to someone such as Mr. Rominger, who is such a distinguished contributor to the promotion of STEM education. It was an invaluable experience that will hopefully inspire these young minds to consider a career in STEM and/or space exploration. Many thanks to Mr. Kent Rominger for taking time out of his busy schedule to visit with these young people. We thank you for your service! 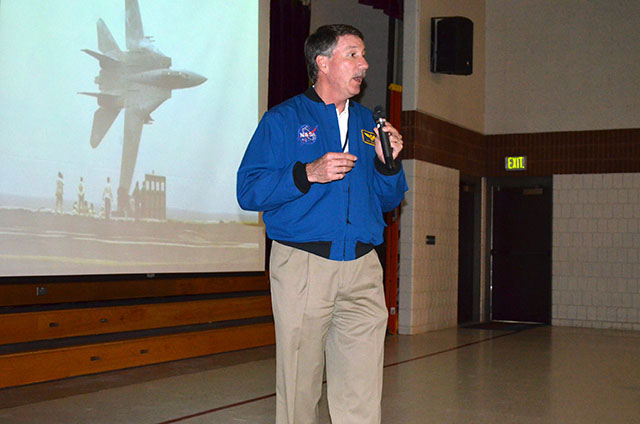 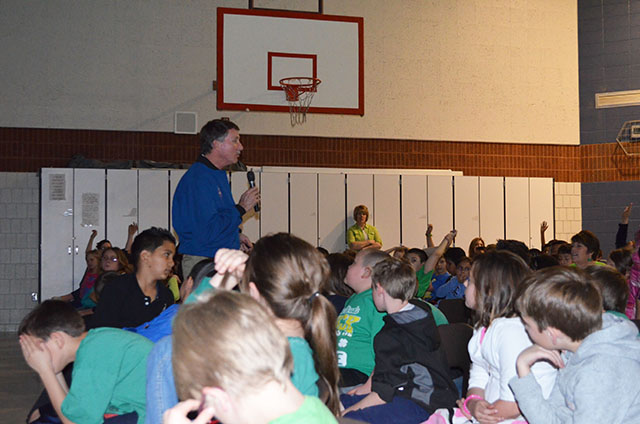 More in this category: « District Energy Conservation Program Praised for its Success Board Recognizes Shelly Harris and Brian Fendrick »