Kanesville Elementary recently hosted the VEX IQ Competition. This competition is the elementary version of robotics designed for students to compete against other teams. Similar to legos, the students design, build, program and drive these robots. Qualifying teams go on to compete at the state level. Weber School District was well represented with 20 out of the 36 teams. Kanesville and Green Acres were amongst the winning schools. The state championship will be held in February at Davis High. We wish these talented students and teachers the best of luck! 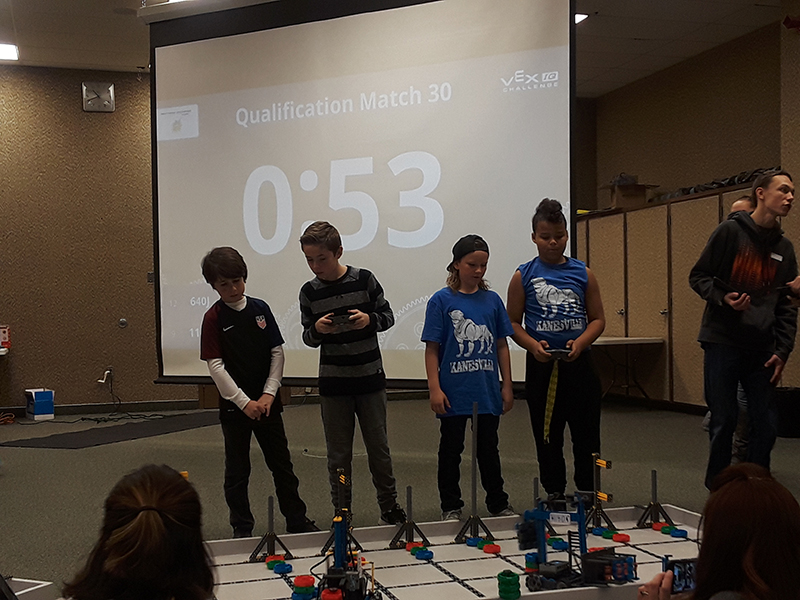 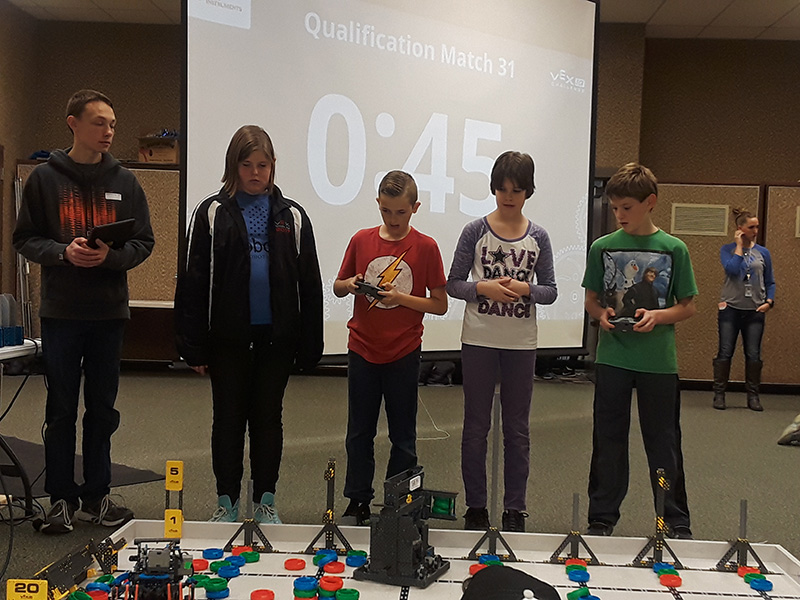 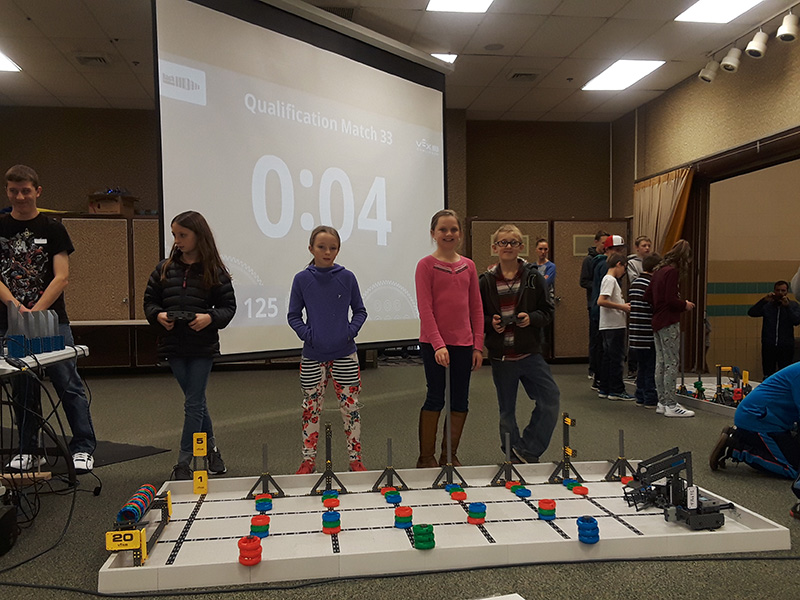 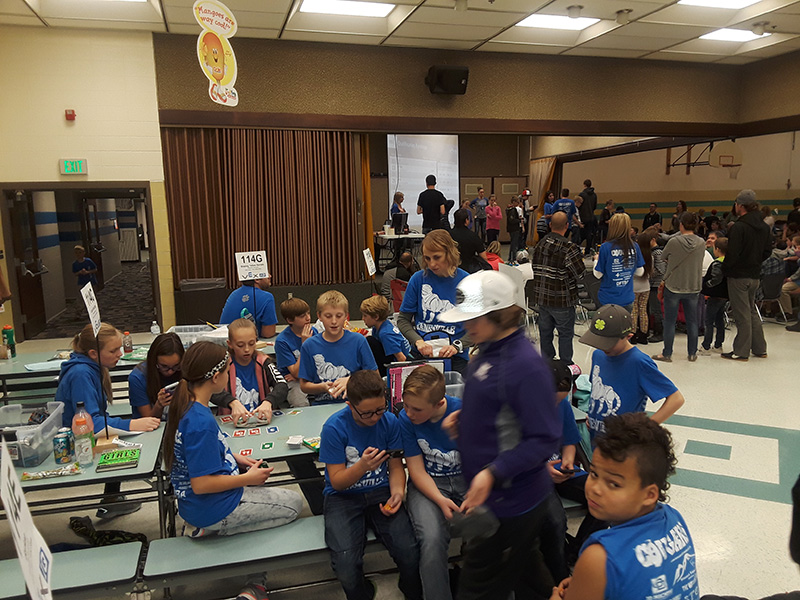 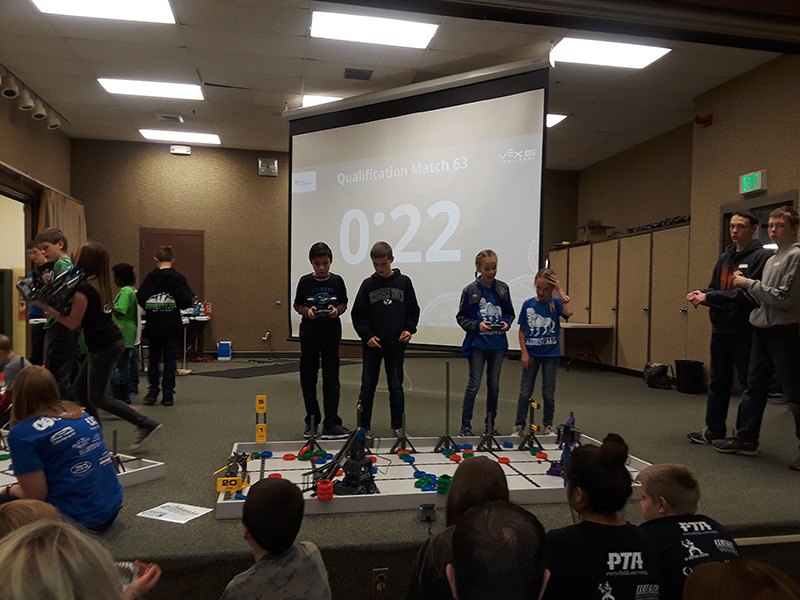 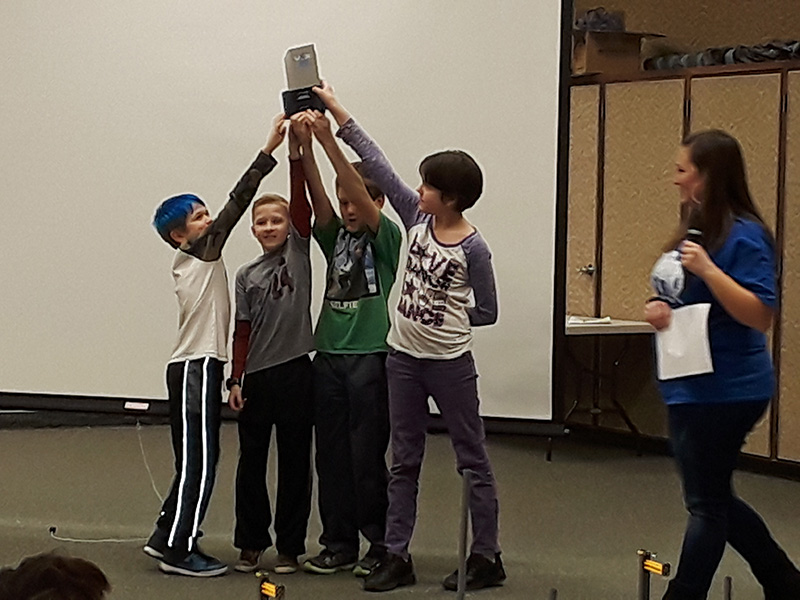 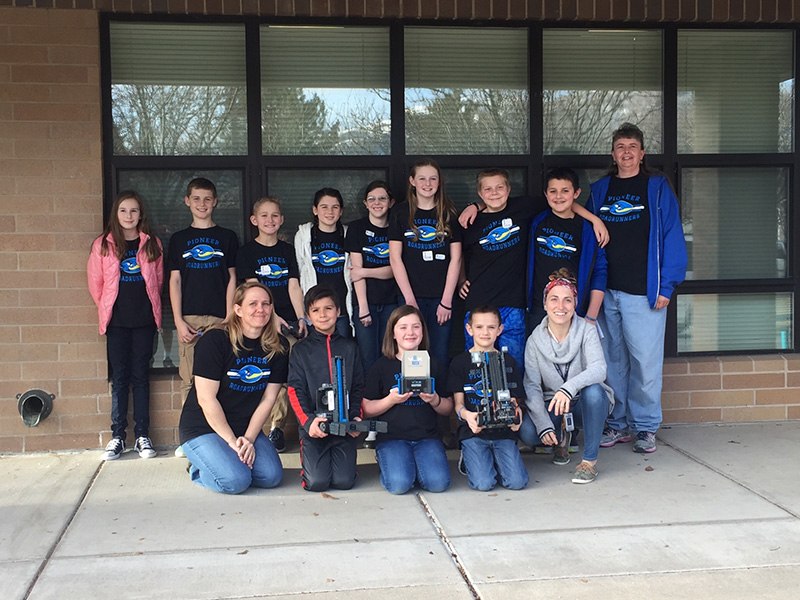 Kanesville Elementary School is a Utah Elementary school with an enrollment of approximately 750 students. Kanesville is located in West Haven, Utah which is approximately 35 miles north of Salt Lake City, west of the Wasatch Mountains in northern Utah. The convergence of the Weber and Ogden Rivers is located inside the northeastern portion of the city. The city is bordered on the east by Ogden, on the south by Roy, on the west by Hooper, and on the north by Marriott-Slaterville. Kanesville Elementary is part of the Weber School District and includes grades Kindergarten through sixth grade with a Life Skills Unit. West Haven is a city in Weber County, Utah. It was incorporated on July 1, 1991, combining theunincorporated communities of Kanesville and Wilson.

The first settlers in what would become Kanesville arrived in 1868. At the time the area was known as Northwest Hooper. Kanesville Elementary opened its doors in 1977 and still remains standing with a new addition added in 2009. A newsletter from the city's mayor in 2009 noted that West Haven was the fastest growing city in Utah in 2008. The predominant single-family home nature of the residential areas is being joined by more multi-story multi-family dwellings and condominiums. Some of the old rural nature survives in patches, including farm homes dating back well into the 19th Century, and there are still some working farms raising both crops and animals.