Written by
Rate this item
(0 votes)

Gone are the days when the only drills teachers and administration needed to worry about involved earthquakes and fire. As a district we must now be prepared to protect the safety of our students in a variety of situations. Weber School District is committed to being prepared to protect, evacuate, and reunite the children with their parents and loved ones in the event of a natural disaster or tragedy.

Principal Scott Zellmer initiated discussion of drill that would involve transporting students from the school. Unlike most other schools in the District, Kanesville has the distinction of being geographically located in an area without surrounding schools, parks, or other public spaces that are suitable for an evacuation of this magnitude. In preparation for the drill, the Weber County Sheriff's Office suggested use of the Weber County Fairgrounds as an evacuation site due to its relatively close approximation to Kanesville and the fact that its layout was easily secured by law enforcement.

Lockdown, evacuation, and reunification drills have all been conducted separately prior to Wednesday's drill, but this was the first time the District has conducted all three drills concurrently. Planning for the drill was a months-long process that required a small army of volunteers and cooperation with multiple agencies. The day began at 9:00 with teachers receiving the signal to begin the lockdown with “locks, lights, out of sight”. Classrooms were individually cleared by law enforcement and children were escorted onto waiting buses, walking hand-in-hand. Streets along the evacuation route were closed to traffic, and a police escort accompanied the buses to the Fairgrounds where the children were taken into the Exhibit Hall. Parents were notified via email and text of their student's location and given the “all clear” to begin arriving at the Fairgrounds for reunification. Upon arrival, parents filled out information cards and were asked to present their identification. Once checked in, they were sent to a waiting area until their children were brought to the reunification table. At that point, identification was again verified and students were reunited and sent home with their parents. The cooperation of parents in the process was appreciated very much.

Nate Taggart, Weber School District's Spokesperson and Safety Specialist stated that it is everyone's hope that we never have to use this protocol, but emphasized the importance of being prepared for such an event. Overall, the process was very smooth and well executed with few issues. Many lessons were learned, and ideas for expediting evacuation and reunification were shared. Input received from law enforcement, parents, and school officials has been invaluable in helping us to streamline the process; however, the most important feedback we received was from the students themselves. The children felt protected and secure knowing that procedures were in place to ensure their safety. They even reported having a lot of fun watching movies and playing games while they waited for their parents to arrive. But perhaps most fun of all, they received their very own police escort! 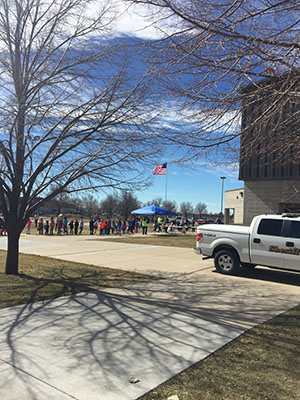 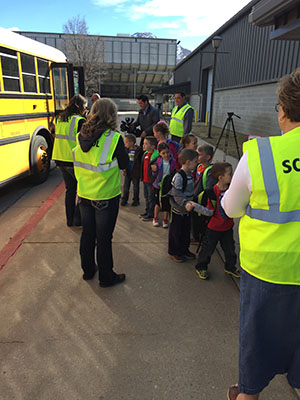 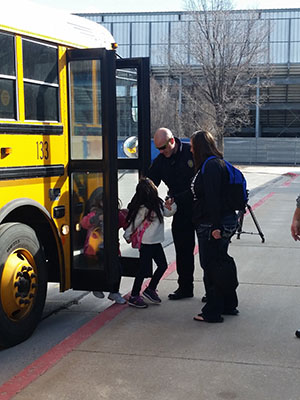 More in this category: « Internet Safety for Kids Walking Tips »
back to top