As of October 1, 2022, retiree WSD accounts will be terminated. This includes Employee Online.

What does this mean?

If you are not actively working for WSD, your WSD email account and Google Drive will no longer be available. Please provide the district with a personal email address by September 30, 2022, in order continue receiving communication regarding your health insurance benefits.

How do I provide the district with a personal email address?

How do I move documents or information saved from my email and Google Drive?

While you may be leaving, your files stay here, but there is a way to take them with you! You can download or transfer your emails, files, notes, and more with Google Takeout. Follow along with Ryan in the video below:

This training is for all district employees who work with student fees or fundraising.

2nd Meals cost $4.25 each for everyone! - The Federal Government does not reimburse 2nd meal

There are three ways to purchase school meals.

Pay for your student's lunch online with your credit card. The service is easy to use, convenient, private and secure. You will need to open an account using your student's ID Number. After payment your will receive an immediate receipt by email.

Make check payable to (School Name) and bring the check to the Food Service Manager's Office. A local address and phone number are required to be either printed or handwritten on the check. The student(s) full name and grade are required on the check memo line.

Cash may be brought to the Food Service Manager's office before school begins for deposit on the student's account, or students may pay cash daily through the serving line.

YouthBuild is a group that provides students that are disconnected from a traditional education to be able to reconnect, gain a high school diploma and gain trade skills. These students built chairs and donated them to North Ogden Elementary. Students that delivered the rocking chairs were Levi Gibson, Eder Charles King, Alex Prescott, Jaxsen Clark, Michael Rodas, James Salas, Christian Johnson and staff William Nielsen, Gavin Leavitt. We love their craftsmanship and celebrate their skill. 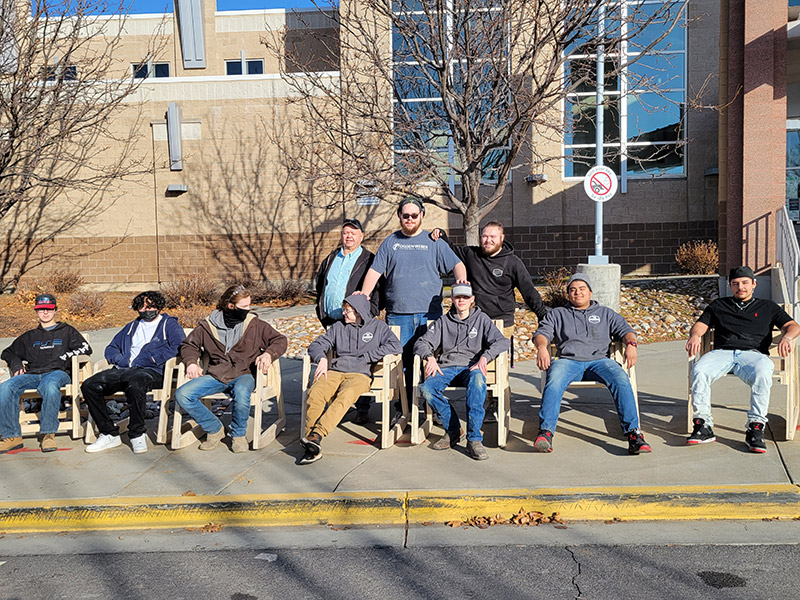 Orchard Springs 3 and 6 grade classes made pantry packs to give to Catholic Community Services of Utah for their Olympic project.

The Weber School District Board of Education has named Gina D. Butters as the new superintendent of Weber School District. Gina will be replacing Dr. Jeff Stephens who is retiring at the end of the school year after serving 11 years as superintendent. In July, Gina will become the 15th superintendent of the district which was established in 1905, and the first woman to serve in this capacity.
Gina is a “home-grown product” of Weber School District, having graduated from Bonneville High School. She went on to attend the University of Utah where she earned her Bachelor of Science degree in Exercise and Sports Science with a minor in psychology, and Master of Education degree in Educational Studies.
She started her teaching career in Weber School District, where she also coached girls’ basketball. She went on to serve as assistant principal at Roy High and Bonneville High, principal at North Ogden Jr. High School, later becoming the principal at Roy High. In 2016, she was selected to serve as the director over Students Services, and in 2019, she was chosen to be the Executive Director of Secondary Education.
While serving as principal at Roy High, Gina was a team leader in the Roy Cone Project. She has also served on many other community-oriented task forces and committees. During her almost 30-year career, she has received multiple honors including the prestigious Huntsman Excellence in Education Award.
Gina is a focused, optimistic leader centered in the whole-child approach to education. She is a strong communicator, experienced educator, and passionate advocate for all children. Her student-first philosophy truly inspires confidence and trust, and Weber School District will be in wonderful hands moving forward.
The selection of Gina Butters as the district’s new superintendent comes after a nationwide search conducted by the WSD Board of Education. In January, the board sent out a survey to employees and parents asking them to identify the qualities they felt were most important in a superintendent.
Using the results from this survey, the board worked closely with the Utah School Boards Association (USBA) in creating the announcement of position. During the application period, UBSA received ten applications from qualified candidates from around the state and country.
In February, a special Citizens’ Committee was formed to review and evaluate each candidate’s application materials. This 24-member committee was composed of local community members, business leaders, and representatives from within the district. The committee met in mid-February to evaluate the candidates, and the results were presented to the Board of Education for consideration in determining the top candidates to interview for the position.
On February 17, the board conducted interviews with four highly qualified candidates from within the district and out-of-state. Gina Butters was chosen as the top candidate to replace Dr. Stephens and to lead the district. The decision was formally announced by the board of education during their board meeting on March 2, 2022.
Weber School District comprises 45 schools which serve over 33,000 students throughout Weber County. It is the 8th largest school district in the state of Utah.
Two other administrative appointments were also made during the meeting. Dave Hales was promoted from Elementary Supervisor to Executive Director of Elementary Education. Mary Jo Williams, who has been serving as the principal of Orchard Springs Elementary, has been selected to serve as the Elementary Supervisor.
Published in Featured News
Tagged under
Be the first to comment!
Read more...
Thursday, 17 February 2022 00:00

Orchard Spring Owls celebrating Veterans Day by learning about the flag and how to fold one. 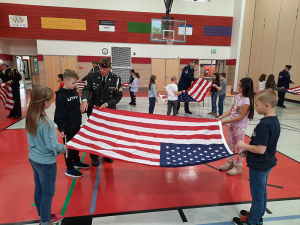 Published in Around the District
Tagged under
Be the first to comment!
Read more...
Wednesday, 19 January 2022 10:00

Weber School District is excited to invite families of students in grades 3-6 to attend an amazing and informative coding night with Skill Struck. Skill Struck is the computer science program that is being introduced in the elementary schools. Instruction will be provided in both English & Spanish.

Dinner Provided
Join us from 6:00-6:30 PM for a quick bite before the workshop begins.

Chromebooks
A Chromebook will be provided.

Virtual Option
Scan the QR code to register for the link.

This experience is best suited for just you and your grades 3-6 child.

Email Melissa Hadley at  with questions.

Lakeview Students learning notes and playing a song together

Published in Around the District
Tagged under
Be the first to comment!
Read more...
Tuesday, 07 December 2021 02:18

Lakeview celebrates all the holidays

We are celebrating all the holidays in December! On December 3rd, it was "National Roof Over Your Head Day". We discussed why we need a roof, how roofs keep us safe, and then how a roof is built. Students thought like engineers and designed their own roof. Then, they used graham crackers, frosting and candy to build their own gingerbread house roof!

Published in Featured News
Tagged under
Be the first to comment!
Read more...
Page 1 of 107