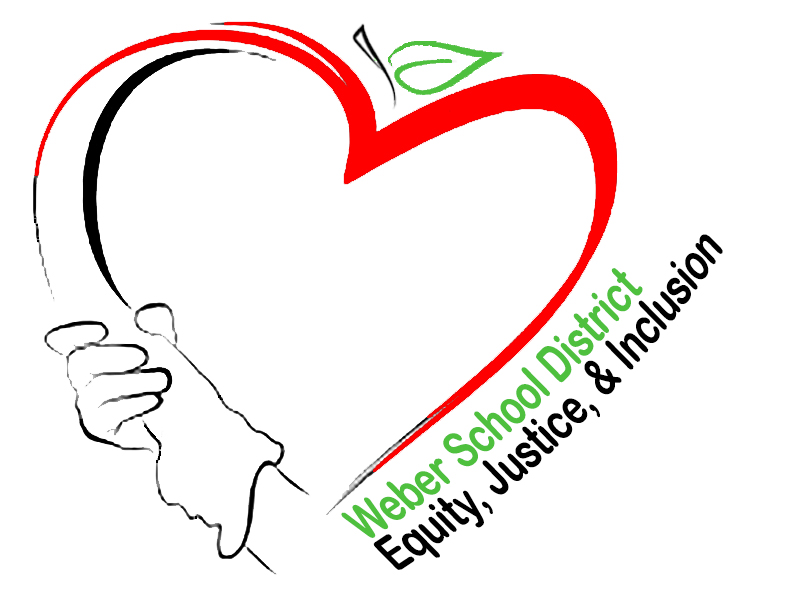 Help create a safe and inclusive climate throughout the district

wherein diversity/differences are embraced and celebrated,

every student and employee is inspired to achieve, thrive and grow,

and where each is empowered to act against any form of intolerance, bigotry (and/or) injustice.

Support from the Equity, Justice, and Inclusion (EJI) department aims to empower educators as educational leaders and establish equity for all students. The Equity, Justice, and Inclusion department and teams are partners and collaborators in school improvement. The EJI department and team members use standards and data, supporting schools forward in a growth mindset by way of advocacy, social justice, and systemic change. As we work together towards eliminating barriers to student success, we assure that every student has the opportunity for access, attainment, and achievement.

Weber School District is home to 32,588 students, with 5999 students of racial diversity and 1198 students listed as English Language Learners.

Hispanic - those who trace their ancestry to Spain, Mexico, the Caribbean, and the Spanish-speaking countries of Central and South America.

Hispanic or Latino?
While the two terms are sometimes used interchangeably, "Hispanic" is a narrower term that only refers to persons of Spanish-speaking origin or ancestry, while "Latino" is more frequently used to refer generally to anyone of Latin American origin or ancestry, including Brazilians.

Latin X- Pronounced
“La-teen-ex,” Latinx is a gender-neutral term for people of Latin American heritage. By dropping the traditional –o or –a ending at the end of the root word ‘Latin,’ Latinx encompasses those who identify outside of the gender binary, such as transgender people or those who are gender-fluid.

Race - the socially constructed meaning attached to a variety of physical attributes including but not limited to skin and eye color, hair texture, and bone structure of people in the US and elsewhere.