Embark on a journey that takes you all over the world. From the most desolate roads in Australia to the busy, bustling streets of New York City. 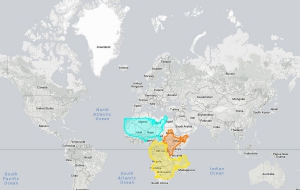 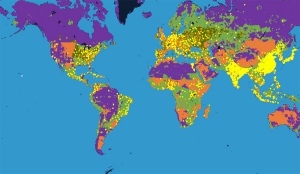 This site shows the world population through generational history and displays information about specific locations. Overlays help illustrate different aspects of the changing dynamics of the earth's population over time. 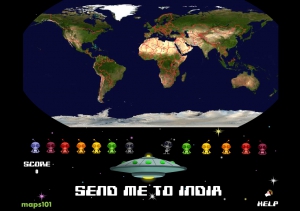 This page at Maps.com, an online map store, has great geography games, including a U.S. Capitols map game, a geographic continent map game, various "Find It" games, jigsaws and crosswords, and many more.